Compassion, a painting by Nicholas Roerich

The two photos above were taken at different times by NASA. The first taken on October 2012, the other taken February 20, 2013.

During NASA's routine imaging of the sun, this mysterious angel-like figure appeared in the lower right hand corner of the photos. Although, the pictures were taken four months apart, this angelic image seemed to be a common thread. The Master of Benjamin Crème said  that it is half the size of the earth. Devas or Angels can differ in size from small to immense.

The almost 3 hour movie Thrive gives us hope for the future with free energy as demonstrated by Nicola Tesla.  It can be downloaded at www.thrivemovement.com  and bookmarked.

The mantram OM MANI PADME HUM even said without knowing its meaning has a beneficial effect.  When translated it means the Jewel in the Lotus.  Madame Blavatsky says its real meaning is the consciousness of the Lord of the solar system is in me and my consciousness is in Him.

Footnote at the bottom of 448 of A Treatise on Cosmic Fire  (which Vedic astrology  students will appreciate.mdb):

“They have in India an ancient system of psychical teaching called Yoga, in which the recitation of certain mantrams, or verses of Sanscrit, is prescribed. Especially important is said to be the way in which the mystical syllable OM, or AUM, is pronounced. Learned Brahman tell me that the illimitable psychic potentiality of the Sanskrit charms or mantrams is only drawn out by the adoption of a certain very accurate rule of pronunciation (swara). They say that by formulating the words correctly a vibration is set up in the akaz, or that part of the ether of space which enwraps our globe, which makes man the master over all the spirit denizens of the various kingdoms of nature. It first reacts upon the astral double or ethereal body of the man himself, purifying its grossness, stimulating its psychic powers out of the normal state of latency and gradually fortifying them up to the point of mastery over nature’s finer forces---The Theosophist, Vol. XIII, pp. 229, 613 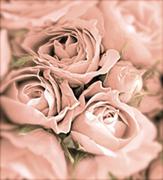 “The primal single sound (Aum or Om) is the highest uttered word of power and knowledge. It is verily as Brahman itself. The regulation of the breath is the chiefest tapas-discipline. Higher than the Savitri is no mantra. Higher than silence is truth.

“The Creator stored the veritable essences of the Three Vedas in the three letters that make up the Sacred Word, in the three utterances that name and form the three worlds, and in the three parts of the veda-verse that invokes the sun. Each part He milked from one Veda. Whoso ponders on these, morning and evening, after having learnt the Vedas previously he verily studies the whole of the Vedas every day. These are the gateway unto Brahman,

“Well may “Isis Unveiled” (p. 514) tell us that ‘sounds and colors are all spiritual numerals; nor is that all, for odors, metals and PLANETS are equally spiritual numerals. Each planet (or spiritual plane) has relation to a metal and a color. These again are in co-relation with a corresponding odor and sound.

“The sphere of aura that surrounds every human being has one very important ‘fold’ or ‘layer,’ which invariably bears the color of the metal and planet to which that particular individual has most affinity; and it is on this layer that the magnetic part of odors and all sound vibrations impinges.---The Theosophist, Vol. VII. P. 218 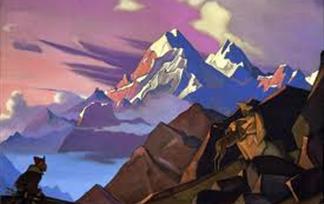 In the studies we are told to sound the AUM three times before we meditate to release the coarse material.  The first time it should be sounded softly for the mental vehicle; the second time a little louder for the astral vehicle and the third time louder for the physical vehicle.  We are urged to say the Great Invocation with focused intention.  It is powerful.